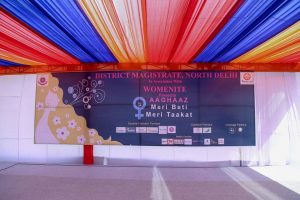 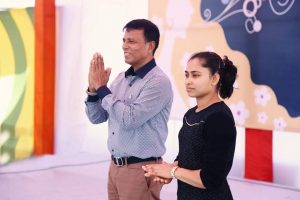 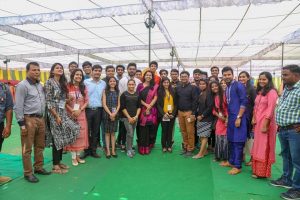 The event began on an energetic note with Ms. Dipa Karmakar being the welcome guest of honour. Ms. Dipa Karmakar is an international level gymnast who has represented India at the Olympics. For her contribution, she has been awarded the Rajiv Gandhi Khel Ratna Award and the Padma Shri. Highlighting the importance of her parent’s support in her life, she emphasized on the need to nurture young dreams of little girls and letting them achieve their desires with dignity.

This was followed by a classical performance from the dance society of Hansraj College.
The venue was filled with volunteers, supporters and eager audience members who all gathered to celebrate girl power and gender equality. Their enthusiasm and vigour is what helped us propel the ideologies of equality further to a larger population. A special point of attraction were the stalls by female entrepreneurs in different fields of business. These stalls were a living example of what women are capable of doing. Their initiatives provided an inspiration to young girls to tale up to entrepreneurship. These stalls were also visited by Ms. Dipa Karmakar who with her words of encouragement, enlightened the entrepreneurs as well as the volunteers. The District Magistrate, Sakshi Mittal, also graced the occasion.

There were several recreational activities available at the event. Womenite had put up games stalls for adding a fun flavour to the event. Food stalls were also a point of attraction for our young audience.
With college societies performing dance and nukkad nataks, the audience was actively engaged in the celebration of womanhood. These performances revolved around the themes of gender equality and were successful in transforming the cause into a performance. Western Dance societies from Miranda House, Vivekanand College and Dyal Singh College put up exhilarating performances which captured everyone’s attention. A cultural touch was given by the folk performances by Indian dance societies of JMC and GGS. The Drama Societies of CVS and DRC also engaged the audience into meaningful conversations.

The flagship competition, Women’s Got Talent, was a huge success as women from all age groups participated and received a huge applause for their efforts and confidence.

The Asha workers were also facilitated at the event for their consistent hardwork and dedication. Another interesting element of the event was a self- defense workshop organized by the government.

The volunteers of Womenite performed a short skit and a flash mob to extend their support to acid attack survivors.

A powerful nukkad natak was performed by the Asmita Theatre Group on the themes of equality and social change. 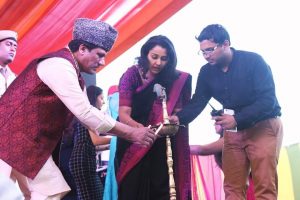 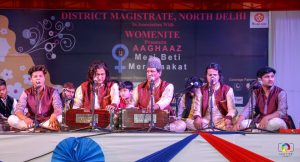 The star performers of the event were the Nizami Bandhu. With their meaningful sufi songs, they filled the venue with a new wave of excitement and vigour. The event concluded on a positive note. 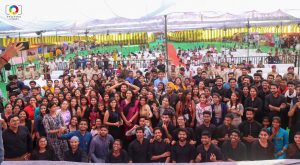 In totality, the event was a success in achieving its objectives of encouraging girl education and involving more and more people to it. With each passing event, we, as a team, hope to bring about a substantial social change in the mindsets of people. 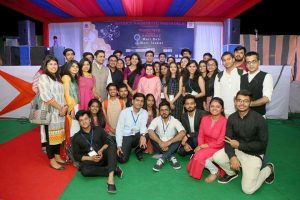