Because men can be raped too! 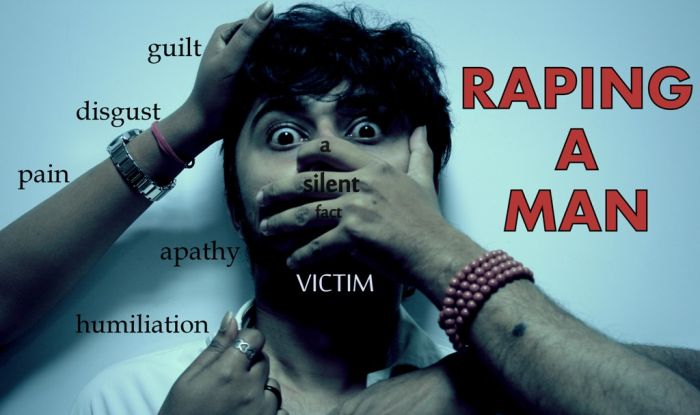 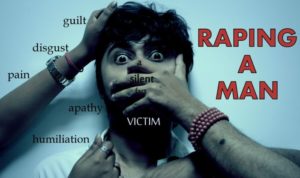 As a child, I always thought that only women could be raped. Very recently, my presumption changed and I have now begun to include men as victims of this gruesome crime as well. What pains me acutely is that there is an abundance of masses under the impression that men cannot be raped. What is a greater banal aspect with a tremendous dearth of knowledge and sensitivity is that even the Indian Judiciary fails to recognize the fact the even men can be raped and hence there are no laws to punish the malefactor.

We are very conservative and narrow-minded with an astonishing lack of empathy for women who are raped and the situation grows worse when a man is raped. What we must understand is that rape can happen to anyone irrespective of their gender, irrespective of any other factor like time or place. Any male can be a victim of sexual assault, regardless of age, class, race, culture, disability or sexual orientation. Thousands of men are raped every year but the act remains abysmally unreported, making it the most under-reported crime irrespective of the truth that it is equally gruesome and traumatizing for the victim as any other crime.

Statistics show that one in every twelve adults seen by sexual assault services is a man. What’s immensely saddening is that male survivors of sexual assault frequently encounter rather hostile reactions from the criminal justice system, social service providers, family, friends, and lovers. There are a lot of crappy, nonsensical myths revolving around sexual assault of men. It is wrongly believed that only gay men are raped or only gay men rape men or a strong man cannot be raped unless he had consented. Such insensitivity makes a victim reluctant to come forward and report the crime because it is considered to be a matter of hilarity and justice is always denied.

The real causes of this perverse ideology are patriarchy and the widespread ‘macho’ culture which invokes the belief that men are incapable of being hurt, are the ultimate protectors and hence cannot be raped. Another reason why men do not report of being sexually assaulted is that they believe that it somehow questions their masculinity and degrades their identity of being a ‘man’ altogether.

Such beliefs find their genesis in the ways in which our society operates which constantly denies such incidents and compel the victims to pretend like such assaults never happened, asking them to shut up and forget the grave injustice done to them as soon as possible. But the truth is that the level of fear, anxiety, pain and depression felt by a man who is raped is equal to the trauma which a female victim undergoes and sometimes even more. Some extremely heart-wrenching stories of assault have come forward which makes us question the functioning of the society and our perception of things. It is high time that the sexual assault of men is taken within the folds of crime with the strictest of laws to punish the criminals.