So India has finally got its #metoo with true colors of various Bollywood celebrities, journalists and feminist comedians being splashed. Finally, victims have gathered up the courage to speak against their harassers and come together to let each other know that they are not alone. This is truly a beginning of a revolutionary change where people in power are now afraid to abuse their status for fulfilling their heinous desires by harassing victims. 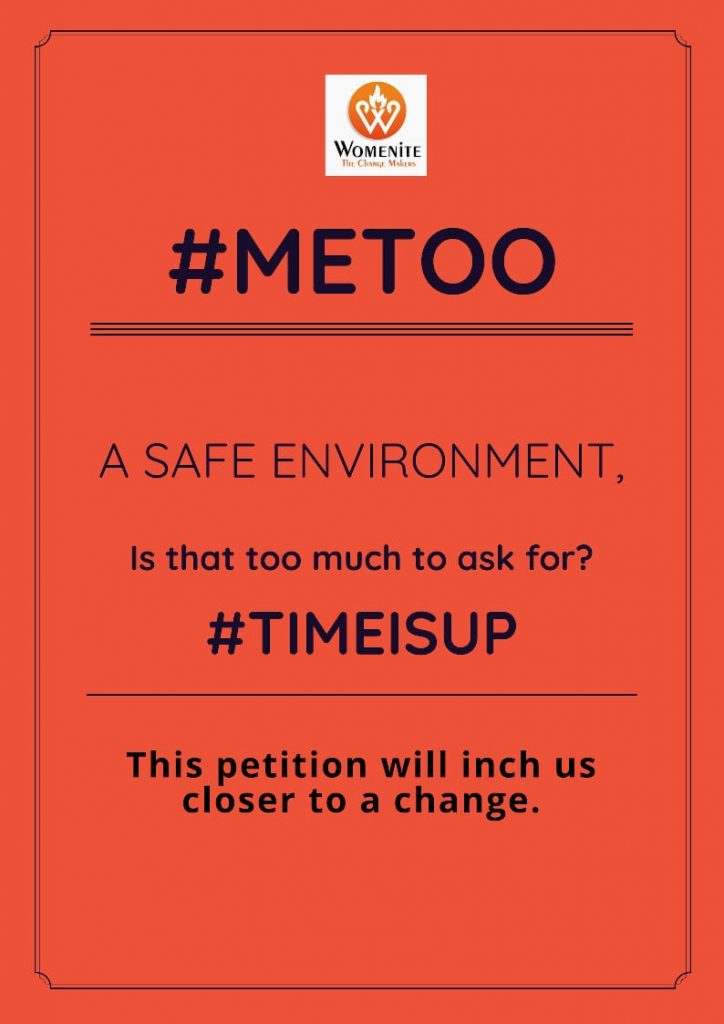 However, just after its beginning, the movement has come under a lot of scrutiny and backlash. You know things like she is doing it for publicity, why didn’t she report it before, what about a fake allegation, we need to protect the accused and how innocent men are under attack.

When people ask, why didn’t she report it before, what they don’t realize is that she was afraid, intimidated and confused. Afraid of losing her career, intimidated by men in power who abused her and confused about whether to go through the hurdles of court cases and public shaming. No, she isn’t not coming forward now to gain cheap publicity. The only thing she is gaining right now is excessive public shaming and backlash for speaking up against her “respectful” harasser and not Bigg Boss offers.

Then there is this bandwagon who is concerned about fake allegations. Let’s face some raw facts. Most of the accused have been reported by multiple unrelated women and people in their vicinity were aware and silent about their behavior. Allegations against M.J. Akbar date back decades and from multiple different unrelated sources. The case against Nana Patekar, on the other hand, was already filed in 2008 but no action was taken. There are videos of his political goons thrashing Tanushree. Further, Rajat Kapoor actually agreed to have made a mistake and apologized. Prashant Jha was accused by almost 11 women.

And finally, how the lives of innocent men will be destroyed by this movement. How men will have to be more careful while behaving with women. Well, welcome to the concept of consent and welcome to how women feel literally every single day. As precautionary measures, men can maintain a safe distance from women so that they don’t receive any “signals” that men might be trying to harass them. Maybe they can avoid going near women and socializing with them, especially at night. Though #notallwomen are same but just in case she accuses you. You never know!

Seriously people? It’s 2018 and we are slut shaming the accusers who reopen their wounds after years to protect the accused because of their charity work or because the accuser is craving online backlash and defamation suits against him/her in the name of “publicity”? Grow up dear people and question yourself before you question the victims. Just lend your ears to the victims and if you don’t want to believe them, at least don’t accuse them of making false accusations.